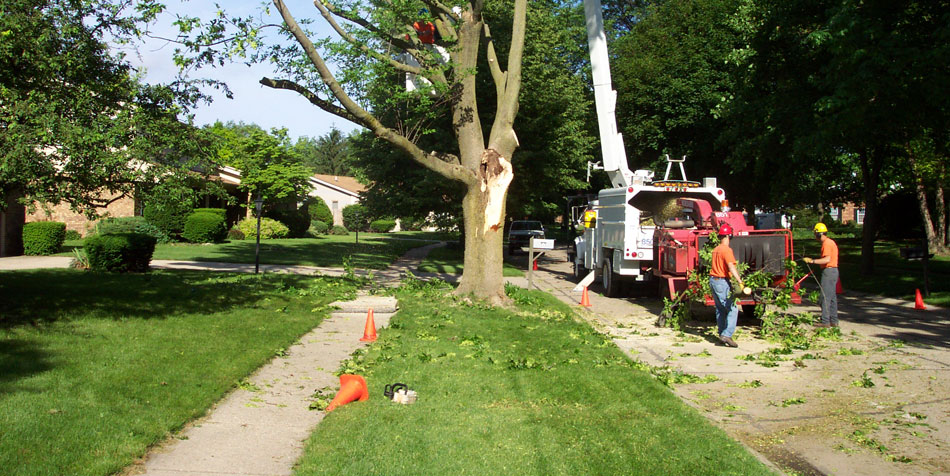 Very impressed with Viking Tree. We used them 2 years ago to put our backyard BACK together after putting in a built in pool. Our yard was challenging and we got 5 estimates/plans for how to go about it. Viking not only came back with a great price, but their idea and drawing, was by far THE BEST!!! John put it together, was prompt, returned calls and started and finish when he said he would.

I was impressed at how everything got passed down to the Foreman in charge the day they started and our finished yard is amazing!

I also liked how John followed up to make sure we were happy with everything. Customer Service is a big deal to me, especially now a days that is very hard to find. I would HIGHLY recommend Viking Tree.

We were referred to Viking Tree & Landscaping by a friend recently while shopping around for someone to remove several trees on our property (some with branches dangerously close to the house during windy storms). We decided to go with Viking because not only was their price right, but they seemed to really know their stuff and were much more professional than some of the other people we spoke with.

The work was done quickly and efficiently, and they did a great job tidying up after they came in and removed our trees. There was one smaller tree that was left behind they forgot about, and they came in right away to take it down after we pointed it out.

I stopped by the house during the day while they were working just to take a look without anyone knowing I was there, and everything looked like it was running smoothly.

Only 4 out of 5 stars though because they forgot that one tiny tree! Overall though we were really pleased and would not hesitate to recommend them to others.